“I think music in itself is healing. It’s an explosive expression of humanity. 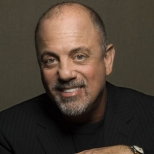 It’s something we are all touched by. No matter what culture we’re from, everyone loves music.”

–Billy Joel, who so far has had 33 Top 40 hits in the United States, all of which he wrote himself, is also a six-time Grammy Award winner, a 23-time Grammy nominee, and has sold more than 150 million records worldwide.

As a writer, I’ve always felt a connection with music. It plays while I write, heck it plays while I’m not writing. There have been times in my life, when God has ministered to me through music.

And like Joel, I believe music has healing properties. I’ve seen how music has revitalized the elderly in nursing homes–how it has comforted those who are bereft. I’ve experienced being brought back from the edge by a favorite song, or a favorite memory my brain links to when that song plays.

Music routinely ushers me into the presence of God. “Revelation Song” by Jesus Culture, for instance. Both Coram Deo projects by Charlie Peacock, or the City On A Hill projects by Marc Byrd, Steve Hindalong, and Derri Daugherty, also do it for me.

But it’s not just music from the Christian genre: “Misty” by Johnny Mathis, “Unchained Melody” by The Righteous Brothers, and “Empire State of Mind” by Alicia Keys have gripped my heart and inspired me.

How has music affected your life? Do you listen while you write?

15 thoughts on “Quote It! Billy Joel”