In these posts, with the author’s permission, I look at their work pre-editing and post-editing—and at what I did to improve the piece. The idea is to catch a glimpse into not only the editing process, but the relationship between editor and author. 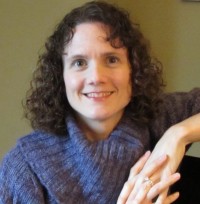 Jennifer Slattery is one of my favorite writers for the ACFW Journal. She comes up with great ideas, pitches them well, and then executes them pretty much to my expectation. She is an editor’s dream, because I know I won’t have to reconstruct or rewrite, but more than that, that she’ll make it interesting.

The piece we’re looking at today—a feature on author Athol Dickson—is one of my favorites. It ran in the July 2012 issue of ACFW Journal. I’ve attached the designed spread (below) so you can see how well it works.

Dickson is, for me, one of those writers almost of mythical proportions. His body of work is consistently engaging and thought-provoking. Yet, Jen has revealed him as entirely human.

These are the three main things I addressed in this article:

See my edit in track changes.

What are we doing here?

Any magazine you write for has a style, an audience they are trying to reach. The ACFW Journal’s audience is Christian writers, published and unpublished. Our mission is to instruct, inspire, motivate, and entertain them.

Since that’s our audience, we need to write with eloquence, while adhering to established writing mores the organization teaches.

We want to grip the reader from the get go and then make it disarmingly easy to continue reading. One example is the change in the lead. You can see that what Jen did in one paragraph, I turned into two. The content is largely the same, but trimmed and divided into the punch (graf 1) and the support (graf 2).

Advice: As you write, think about the map of the magazine you’re targeting. We use a 3-column grid, big art, and lots of pull quotes, white space, and color. Jen’s original lead, while containing the right information, would have been a mass of grey in our grid.

Did I mention tight?

Review my previous In The Edit posts for lots of tips on how to write tighter. Though I use many of them in Jen’s piece, today I want to focus on just one: Getting rid of information the reader doesn’t need or that doesn’t add substantially to the piece.

In the section, ‘I’m done with You’, where we learn that Dickson was angry at God, Jen originally included this quote: “There was a televangelist talking on the TV set at that moment, and I watched that man jabbering on and on and strutting on the stage.” But, Dickson had just said he was mad at God, so why diffuse that anger by including the televangelist?

Don’t get me wrong—it may have been an important part of Dickson’s thinking. But without a lot more explanation, the reader is not going to feel the same indignation. Better to get right to what he was feeling when he was angry with God.

You can see similar cuts made elsewhere in the track changes version of the article.

Each magazine, newspaper, or publishing house has a style guide they adhere to. Our go-to guide is the AP Stylebook, the preference for many newspapers and magazines. AP stands for Associated Press.

You’ll note in Jen’s original, she referred to Athol Dickson on second and subsequent references as Athol. But AP style is to default to last names on second references. (Exception in this article: When quoting Athol’s brother, also a Dickson, for clarity we used first and last names for both brothers.)

Another style issue is the use of says instead of said for attribution. The thinking is this gives the article a stronger immediacy. Personally, I do not agree, but this is one area where I grit my teeth and go along with what is becoming standard practice.

Finally, in the style section, if you are sending an article or manuscript to an editor, it is still expected that you send it in double-spaced paragraphs, with half-inch indents, and a 12pt serif font such as Times New Roman. Unless you know with certainty, as Jen does, that your editor prefers another approach. (I prefer single-spaced, no indents, because I never edit on paper, only electronic.)

See the designed version from the ACFW Journal.

Jennifer, thanks for submitting this piece to In The Edit. As always, I enjoy working with your writing. Because you submitted, you are now eligible for a 25-percent discount on any of my editorial services.

If you would like to see your writing in a future In The Edit post, send a maximum of 350 words to opusmle (at) gmail (dot) com. Please send in Word format (.doc). You too can be eligible for a 25-percent discount.

Michael Ehret, for Writing On The Fine Line

2 thoughts on “In The Edit: Jennifer Slattery”